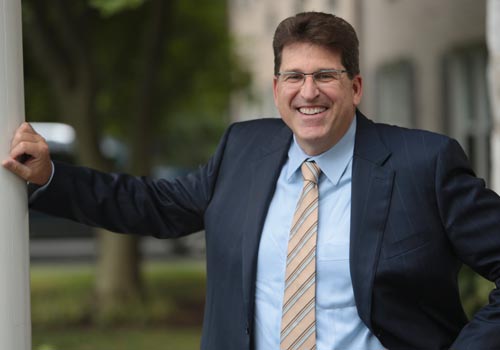 John ran for office four years ago to be a loud voice for taxpayers. He knew Harrisburg was broken and it would take business and community leaders to fix it, not career politicians. He’ll keep fighting for taxpayers and standing up to the special interests.

As a senator, John has stood up to out of control spending, fought for property tax elimination, opposed excessive regulations, and voted to put more education money into our classrooms instead of bureaucracy.

He fought for historic pension reforms that were passed as Act 1 of 2019. Elected officials and public employees who commit felonies related to their jobs will no longer be able to collect lifetime pensions.

Born and raised in Harrisburg, John graduated from Central Dauphin High School and then earned a Bachelor’s Degree in Business Administration with a focus on Urban Planning.

When John returned home from college, he rejoined the family business. Building on his past experiences as a laborer, superintendent and project manager John bought the business along with his brother.

John didn’t just manage the business; he innovated and grew the business into a recognized leader in construction, development, and property management. By the time John sold his interest in the company, Triple Crown Corporation had developed over 2000 lots, built over 1600 homes, and managed 2.5 million square feet of retail, office, warehousing, and distribution buildings.

John is happily married to his wife Maria. They have two grown children, Alessandro and Bianca.